University of Washington's Center for Evaluation and Research for STEM Equity (CERSE) serves as the evaluator for BRAINS. The evaluation team collects data via surveys of participants and non-participants, annual interviews with a stratified random sample of participants, observations of meetings and events, and tracking career outcomes. "Learning to thrive: Building diverse scientists' access to community and resources through the BRAINS Program," (CBE - Life Sciences Education, 2016) reports early data on near-term individual impacts on career-advancing behaviors and career experiences of BRAINS participants from the 2013 and 2014 cohorts. “Connecting counterspaces and community cultural wealth in a professional development program” (Race Ethnicity and Education, 2020) demonstrates how the counterspace of the BRAINS program serves to strengthen participants’ access to their community cultural wealth.

Also, a poster about the impact of BRAINS was presented at the 2016 Society for Neuroscience annual meeting.

We expected that near-term individual impacts will both lead to long-term career impacts on participants, as well as impact diversity and inclusion in neuroscience at the national scale. Figure 5 illustrates the BRAINS program theory and impacts. 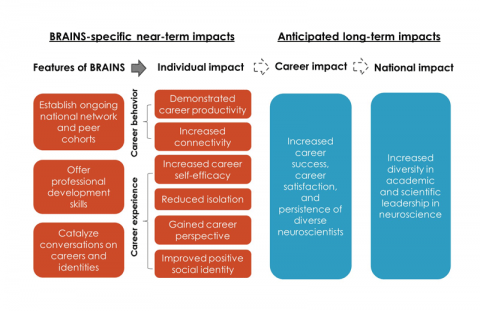 Figure 5: The BRAINS program theory suggests that program features will lead to short-term impacts on career behavior and experience. We anticipate that these individual impacts will lead to long-term impacts on the careers of BRAINS participants and serve to impact diversity in neuroscience at the national scale.

I am coming away [from the symposium] with very actionable tasks that will help immensely with my current situation and I would not have had the impetus or necessary information before. 2014 Participant
Image 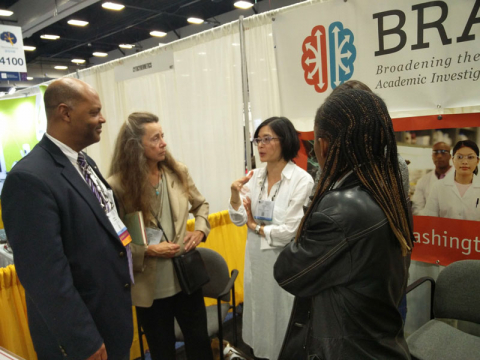 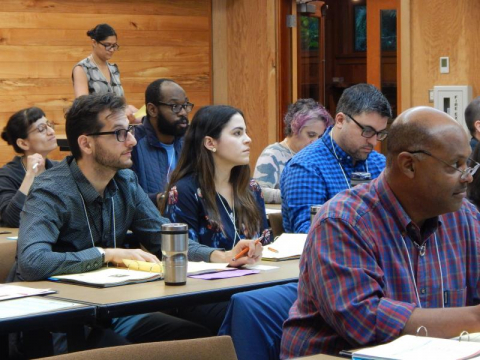